Keynote 1:
Nanoelectronics for the Development of Sensors 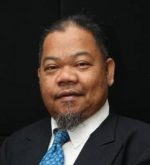 Biography- Prof. Dr. Uda Bin Hashim received BSc Hons. degree in Physical and Applied Physics from Universiti Kebangsaan Malaysia (UKM), in 1987. Upon graduation, he joined Dewan Bahasa dan Pustaka (DBP) for two years until 1988 and then joined MIMOS Bhd until 2002. He served MIMOS Berhad for 14 years and gained vast experience in the CMOS wafer fabrication foundry. His last position in MIMOS was as Research and Technology Development Manager. While working with MIMOS Bhd, in 1998 he continued his PhD degree at UKM in Microelectronic Engineering and graduated in 2001. He was then, in 2002, joined Universiti Malaysia Perlis (UniMAP), as a lecturer in the School of Microelectronics Engineering. In 2004, he has been appointed and entrusted to be the first Dean of UniMAP Research and Management Unit. In 2008, he has been promoted to Senior Professor (VK6) in Universiti Malaysia Perlis. Based on his outstanding achievement in research, he has been requested by Ministry of Higher Education (KPT) to establish the first research institute in UniMAP in the field of nanoelectronic engineering, namely, Institute of Nano Electronic Engineering (INEE), and served as the First Director until April 2017. Based on his vast experience in research, in April 15, 2017 he has been appointed by the Ministry of Higher Education as a Deputy Vice Chancellor (Research and Innovation), UniMAP. His current research interest is on Nanotechnology which includes Nanobiosensor, DNA Chips, Microfluidic and Nano Lab-On-Chip devices for medical, food and agriculture applications. He is well known in Nanotechnology research and still active as a motivator in activities related to research. Under Scopus database, his current H-Index is 29 with 3800 citations from the total number of 654 papers while 100 of the papers are in Q1 Journal. One of his top quality paper is recently published in NATURE Scientific Report. He also has successfully supervised 2 sabbatical lecturers, 4 Post-Doctoral students, 35 PhD students and 35 MSc students, while 4 PhD and 2 MSc are still working towards completion. He has secured various research grants valued more than RM 8 million as the principle researcher from many sources such as IRPA, FRGS, PRGS, LRGS, PPRN and Science Fund. Recently, he obtained a matching grant from CREST worth RM 562,000.00 for Medical Diagnostic Project. In 2014, Prof. Dr. Uda Hashim has been awarded as Top Research Scientist Malaysia (TRSM) by Academic of Sciences Malaysia. He is one of the recipients of ISESCO Laureate in 2012. He also obtained National Patent Award in 2013 from Perbadanan Harta Intelek Malaysia (MyIPO). He was a former Vice President of Malaysia Nanotechnology Association and a Fellow to The Malaysian Solid State Science & Technology Society.

Abstract- Nanotechnology is widely considered as a matter at the nanoscale level to create the materials with remarkable properties, an expanding area of science with in-depth applications. Nanoelectronics have been utilized in the front of nanotechnology with the electronic components and researches on improving electronics such as size, power consumption and display. It includes researches on the memory chips and covers the mechanical properties of the hybrid material, single dimensional nanotubes, semiconductor and nanowires. The well-developed nanoelectronics are useful for medical diagnosis; as a consequence, a point-of-care detection became popularized. Further, nanoelectronic is generating nanosensors in the nano-dimensions for the applications ‘from home to field’. Our laboratory has been involved in developing portable bio-sensing handheld devices that could provide the above appealing characteristics and minimize the cost with the implementation of nanoelectronic domain. To make use of the nanoelectonics, we designed the interdigitated sensor with the multiple fingers and gaps formed by the dielectric aluminium electrode. It forms the transducer to convey the signal being obtained when the molecules species connects these finger and gap regions. With these nanostructures, the current research designed different patterns of sensor with the multiple dimensions. The high-performance analysis achieved with voltammetry analysis on the dielectric sensing will be discussed with the multiple evidences. 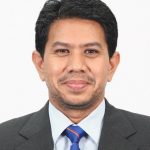 Biography- Hafizal Mohamad was born in Kg. Jelempok, Perlis. He earned a BEng (First Class Honours) and a PhD degree in electronic engineering from University of Southampton, UK. He is the recipient of the ASEAN Outstanding Scientist and Technologist Award (AOSTA) and Top Research Scientist Malaysia (TRSM) by Academic of Sciences Malaysia. Currently, he is Senior Staff Researcher at Corporate Technology Division, MIMOS Berhad, where he involves in R&D and commercial projects related to Internet of Things and mesh networks. He is the co-inventor of 36 filed patents and 9 granted patents in the field of wireless communication. Prior to MIMOS, he was a faculty member at the Multimedia University, Malaysia. He served as a visiting fellow at NICT, Japan in 2005. He has completed 19 projects funded by both local and international agencies. He has published over 100 research papers and successfully supervised a number of PhD and masters students. He has also engaged in collaborative research projects with international partner researchers including from the UK, Japan, Indonesia, Vietnam and Philippines. He is a Registered Professional Engineer with the Board of Engineers Malaysia and a Senior Member of the Institution of Institute of Electrical and Electronics Engineers (IEEE), USA. He has served in various leadership roles in the IEEE, including the Vice Chair for IEEE Malaysia Section (2013) and the Chair for IEEE ComSoc/VT Chapter (2009-11). He was the Conference Operation Chair for the largest IEEE ComSoc flagship conference (IEEE ICC 2016) which was held in Kuala Lumpur with 1839 attendees, 2469 paper submission and RM4.34mil revenue. He is the Technical Program Chair for the IEEE VTS flagship conference (IEEE VTC2019-Spring). He is an enthusiastic supporter of industrial and academic liaison. He has served as an industry advisory panel and adjunct lecturer for several universities. He is also appointed as an expert panel for various technical committees and funding agencies.

Abstract- Fourth Industrial Revolution consists of a number of technology components which will change the way we live, work and relate to one another. In recent years, Internet of Things (IoT) has gained a lot of interest from both technology and business points of view. IoT is aimed at enabling the interconnection and integration of the physical world and cyber space. It represents the trend of future networking and leads the third wave of the IT industry revolution. In this talk, a number of IoT and AI applications and deployment examples will be discussed. 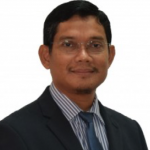 Biography- Prof. Dr. Zulkurnain received his B. E. degree in Electrical and Computer System from Monash Univ., Melbourne in 1989. He continued his M.Sc. in Electrical and Electromagnetic Engineering with Industrial Applications at University of Wales Cardiff, Cardiff, United Kingdom and graduated in 1995. Then he continued his Ph.D. in High Voltage Engineering at Cardiff University, United Kingdom and graduated in 1999. He is currently the Director of UTM Institute of High Voltage & High Current (IVAT) since 2011. He is a member of the Institute of Electrical and Electronics Engineer (MIEEE) and a member of the Council on Large Electric Systems (CIGRE). He is the Chairman of SIRIM Working Group on High Voltage Test Techniques, Malaysia since 2009. He is also a member of SIRIM Technical Committee on High Voltage Transmission, Malaysia (2009-present) and Working Group on High Voltage Switchgear, Controlgear and Assemblies, Malaysia  (2002-present).

Abstract- The effects of lightning strikes on the grounding systems and nearby grounded structures have always being the interests of many researchers. Recent reports on cases of unexpected fire incidents at the tip of cold vent stacks or gas pipes especially during thunderstorm days have also created interests and safety concerns among the gas industrial players. It is well known that a strong nearby downward leader originating from a charged cloud can cause the initiation of upward streamers from the ground objects, some can reach upto several metres height. It is believed that such upward leaders exist at the tip of the grounded gas pipe which then become the ignition source for the purged and flammable hydrocarbon gas fire. IVAT had carried out several simulation and experimental studies to prove this phenomenon. Simulation studies concentrated on the factors affecting the influence of nearby lightning current discharge on the electric field distributions around the gas pipe tip, whereas the experimental work attempts to reproduce the phenomenon for scaled down cold vent stack configuration. In another related study, IVAT had also carried out simulation work to determine the effects of various factors such as grounding grid configuration, point of strike, and soil resistivity, on the resultant touch and step potential at the protected premise.

Keynote 4:
An Overview of Emerging Non-Volatile ReRAM and Potential for FPGA Architecture 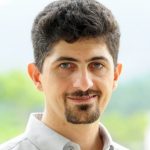 Biography- Prof. Dr. Haider Almurib went to college to graduate as an electronics engineer in 1994 and worked as a computer engineer for 2 year before continuing his post-graduate studies. His both MSc and PhD were on nonlinear and intelligent system identification and control of electrical machines. He is a Chartered Engineer registered with the Engineering Council, United Kingdom. He is also a Senior Member of the Institute of Electrical and Electronics Engineers, USA (SMIEEE) and a member of the Institution of Engineering and Technology (IET), United Kingdom.

Abstract- In this era of digital world and evolving enterprises such as Internet of Things, it’s imperative to have an efficient memory device technology not only for storage but also for leveraging data processing speeds. Recent technological advances in non-volatile (NV) memory appear to be meeting these requirements and hence possibly lay future foundation of modern enterprises, from cloud computing to Internet of Things to big data analytics. In line with the above, the talk will cover an overview on emerging NV ReRAM, electrical modeling and the potential use of NVReRAM for the design of non-volatile FPGA architecture including LUTs, flip-flops, routing, etc., with particular focus on increasing data accessing speed and decreasing the power dissipation.
.